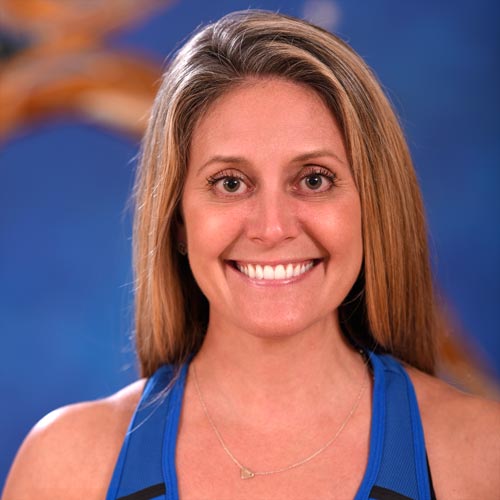 Jordyn first joined the gym in 2003 when she moved from upstate New York to pursue her master’s degree in social work at USC.

After participating in classes for several years she became more interested in the Les Mills programs and became trained in BodyStep. She later became certified in several other programs including BodyPump, BodyAttack, BodyJam, CXWorx, and Body Flow. You will most likely find Jordyn at the gym before the sun rises. This is her favorite part of day and when she coaches her early morning Tribe Team training.

When she is not working as a full time School Social Worker or working out you will find her chasing after her two young boys who grew up in the gym nursery. She also enjoys spending time with her gym friends who have become her family. Jordyn hopes you can become part of the gym family and she will work with you on reaching your fitness goals!